BOOK REVIEW: “Stop and Frisk: The Use and Abuse of a Controversial Police Tactic” by Michael D. White and Henry F. Fradella

by Barbara Belbot
BOOK REVIEW: “Stop and Frisk: The Use and Abuse of a Controversial Police Tactic” by Michael D. White and Henry F. Fradella
·

Michael D. White and Henry F. Fradella have written a fascinating book about stop-and-frisk jurisprudence and practice, with a primary focus on its use over the past several decades by the New York City Police Department. Their book Stop and Frisk: The Use and Abuse of a Controversial Policing Tactic is an interesting read for lawyers, judges, law and criminal justice professors, and police administrators. It’s accessible, discussing the controversy surrounding stop-and-frisk in a way that appeals to a variety of different audiences, which is one of the book’s most important contributions.

The authors make a compelling case that stop-and-frisk has an important place in 21st Century policing while also acknowledging the inherent problems created by the reasonable suspicion standard that guides officers’ discretion when executing a stop-and-frisk. Early in their book they posit that stop-and-frisk as a police tactic to reduce crime has been overused and abused. In too many instances its use has violated individuals’ rights under the Fourth and Fourteenth Amendments, which has strained community/police relationships, and resulted in significant harm emotionally, psychologically, and physically to individuals and communities. Although most of their discussion involves the NYPD’s use of stop-and-frisk, they highlight specific problems faced by several other cities whose stop-and-frisk practices have been challenged, including Newark, Chicago, and Philadelphia. They characterize the current use of stop-and-frisk in some jurisdictions as “a story of abused police discretion” and that the unjust and unconstitutional use of stop-and-frisk is another in a series of failures by police to guide and control the use of discretion. They lament that there is a blurred line between the sound use of discretion and racial profiling. Their central theme is the disconnect between current perceptions of stop-and-frisk as a form of racial discrimination and its historical, legal, and discretionary foundations. This is a discussion, according to the authors, that is shaped by an undercurrent of injustice and racial discrimination that impacts policing in this country.

How do White and Fradella make a case for stop-and-frisk in 21st Century policing after lamenting its misuse and abuse? What makes their case compelling is they take the long road to their conclusion by first describing the significant barriers to cross along the way. They begin by explaining the historical and legal context for stop-and-frisk. Historically, it’s a tactic that has deep roots in English common law. Before the Supreme Court’s decision in Terry v. Ohio in 1968, states had adopted stop-and-frisk-type statutes, many of which were adaptations of the model Uniform Arrest Act of 1939. In 1968, the Supreme Court authored landmark decisions that grounded stop-and-frisk practices in the Fourth Amendment. The Court held in Terry that stops are a special category of seizures that do not require probable cause or a warrant and are constitutional when an officer has reasonable suspicion that a crime has or is about to occur. Frisks are pat down searches of outer clothing limited to looking for weapons. Unfortunately, according to the authors, the reasonable suspicion standard too often invites an officer’s unconscious racial biases to impact his or her decisions about who to stop and when to frisk. Termed the “suspicion heuristic” by researchers L. Song Richardson and Phillip Atiba Goff, these biases explain common errors in perception and decision-making that individuals make when judging whether someone is and will be engaged in crime based on ambiguous acts and behaviors. These biases act below conscious awareness and often associate young, Black men with danger. The Terry holding defers to police officer experience when evaluating whether there was sufficient reasonable suspicion to establish a constitutional basis for a stop-and-frisk. In a series of opinions subsequent to 1968, the Supreme Court, using the totality of circumstances test, sanctioned more expansive uses of police discretion to justify stops. By the early 1990s, stops and frisks were upheld with increasingly lower levels of evidence. White and Fradella conclude that these decisions failed to consider whether police experience was informed by the suspicion heuristic, ignoring how a lower standard of proof invites racial stereotypes to enter into the decision-making process.

NYPD stop-and-frisk practices over the last two decades were the perfect storm that illustrates the problems created by the lower level reasonable suspicion standard. White and Fradella explain how the increase in crime in the city led the NYPD to engage in aggressive policing strategies that included widespread and often unjustified use of stop-and-frisk. Based on the broken windows theory of zero tolerance with regard to social disorder misdemeanors, policies and practices were designed to serve what became known as order-maintenance policing. Aggressive policing was aimed at low level social disorder offenses under the theory that disorder in a community, although it can involve relatively minor infractions, opens the door for more serious offenses. Stop-and-frisk was viewed as a way to “clean up” disorderly neighborhoods. Aggressive stop-and-frisk practices were also initiated by NYPD to target gun violence under the theory that guns would be confiscated during frisks and that the risk of being stopped on a minor infraction would deter people from carrying guns. The NYPD combined order-maintenance policing with a massive program to remove illegal guns off the streets.

Aggressive stop-and-frisk practices focused on high crime neighborhoods, hot spots known as impact zones, with large minority populations. The costs of the stop-and-frisk strategy has been enormous. According to the authors, these include a significant increase in racial and ethnic tension between police and the people living in the areas designated as impact zones. The costs undermined the legitimacy of the police department because the stop-and-frisk program disproportionately targeted minority neighborhoods. The number of stop-and-frisks quadrupled from 2003 to 2011, the peak of the practice, to 685,724.

Proponents of aggressive stop-and-frisk argue that the policy contributed in large part to New York’s major decline in crime beginning in the early 1990s, when the strategy was initiated. Many scholars, however, question the program’s effectiveness. White and Fradella review the research on both sides, examining crime statistics as well as the number of guns seized over different time periods, and conclude that the stop-and-frisk policy was not as effective as its proponents claim and the high costs incurred more than offset any benefits.

In their final two chapters, White and Fradella explain why stop-and-frisk should be a part of 21st Century policing. They argue that although there is compelling evidence that some police exercise discretion to stop people based on race and ethnicity, there are effective ways to control officers’ discretion. They posit that effective, just, fair, and constitutional stop-and-frisk programs are possible with better background screening at the hiring stage, better training (including helping officers understand their unconscious biases), strong administrative polices, and meaningful external oversight.

Once they establish that fair and constitutional stop programs are possible, White and Fradella explain why they believe stop-and-frisk has an important place in 21st Century policing in a way that does not contribute to racial injustice. Their position is that stop-and-frisk should be a central part of problem-oriented and community-oriented policing, as opposed to the role it played in New York City where it was a part of zero-tolerance policing. Analyzing the information gathered through stop-and-frisks should become part of conversations with the community members about how to solve problems. Stops should be a part of police problem-solving. Stops and frisks should be closely monitored and assessed for their effectiveness and unintended consequences, with the understanding that an overly aggressive stop-and-frisk program will negatively impact police/community relationships. The authors stress that, in their view, zero tolerance strategies have no place in 21st Century policing and stop-and-frisk is only viable if used in conjunction with community-policing and problem-solving policing. Procedural justice should play the major role in stop-and-frisk, with police treating people with fairness, neutrality, dignity, respect, and giving the people they encounter the opportunity to state their case. Procedural justice demonstrates that officers have trustworthy intentions and leads to police legitimacy. Although they express grave concerns about particular opinions in which the Supreme Court made it easier for officers to establish reasonable suspicion, White and Fradella do not challenge the constitutionality of stop-and-frisk. They seem to assume that stop-and-frisk will remain constitutional, argue that there are ways to control officer discretion, and turn next to recommend how stop-and-frisk can best become part of 21st Century policing. They do not address the position advocated by some scholars that Terry v. Ohio was a mistake, in line with Justice Douglas’s warning in his dissent that the decision granted excessive power to the police.

The decision in the Floyd v. City of New York lawsuit decided by U.S. District Court Judge Shira Scheindlin in August 2013 is the backdrop for White and Fradella’s book. The expert testimony that was the foundation of the Judge’s findings is key to understanding the nature and extent of the NYPD policy. Her 198-page decision (with a separate opinion that outlines the remedial orders) is an important document for anyone connected to the study or practice of constitutional police practices. The authors weave their analysis of stop-and-frisk law and practice around and through the facts of that case and the court’s opinion without making their book strictly about Floyd v. City of New York. Their analysis is relevant for police departments throughout the country. It is grounded in current research as well as current legal trends. White and Fradella do an excellent job at combining the legal analysis of a police practice with the social science research that examines the impact of that practice, making their book relevant to different audiences. They present sound recommendations for the future of policing with a foundation in justice, fairness, and respect for the dignity of community residents. It is a timely treatment of an extremely important topic, not just for the future of policing, but also for building more procedurally just, respectful, and fair criminal justice institutions – policing, corrections, and the courts.

Why not start the discussion? 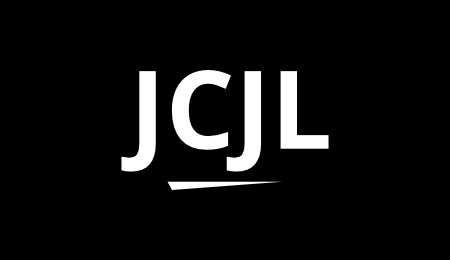 Journal of Criminal Justice and Law
Published with